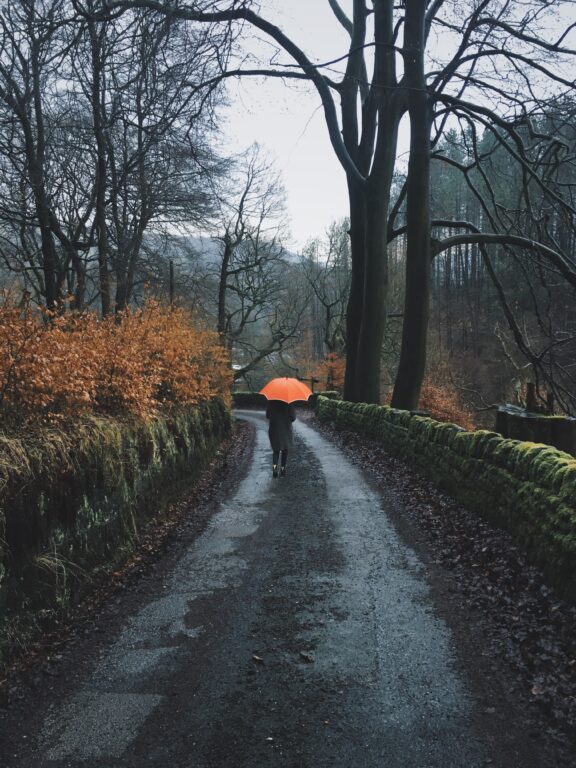 Defining your own success

If you caught my Instagram Stories earlier this week you may have seen me ranting to camera about the unpleasant experiences I’d had using Instagram Live that day.
While previously Live has always been a joy – a direct connection with friends and followers for real time interaction – something seemed to have changed. Both times I went live this week, I immediately attracted a crowd of strangers into the mix, and the majority of them were creepy and inappropriate.

There was a lot of discussion about my breasts – mainly taking the articulate form of “boobs!” or “take off your shirt!“. At one point someone saw my feet and got very excited. You can probably imagine the rest.

I’m fairly robust on this stuff, so the comments didn’t really affect me. But imagine if I was a 14 year old girl. Imagine if I was feeling vulnerable, and using Live as a way to reach out for support. If the comments I get as a youngish, prettyish, white girl were bad, imagine how much worse they might get for people from minority groups, or with less ‘conventional’ appearances. It’s something we saw happen on Periscope, and it all but killed the platform for the majority of users.

And I really think Live is a brilliant tool. I wholeheartedly recommend that you try it – it’s somehow way less scary than you imagine, and a lot more fun. People are excited to see you and hear you talking. It’s an incredibly sociable, wonderful thing.

Until the trolls come along, that is.

Now, Instagram does have a block feature within Live, which is useful for getting rid of one or two offenders. But when your broadcast is being featured or suggested by the app to a wider audience, your stream can get flooded – I had dozens of these idiots, and they were different each time. Blocking them all would be time consuming and redundant, because there are clearly a lot of these people around.

So I went investigate. Instagram has had a feature for a while now that allows you to block trigger words from your comments – it can be especially helpful for blocking those follower spam accounts that can rear up from time to time. You just add words to your own personal block list, and comments including them never appear on your posts.
It seemed unlikely, but I wondered if the same feature would work on Live. I went in, added ‘boobs‘ to my list, then went Live again and asked people to say it to me. And… I couldn’t see! It worked!

Now, there are a few limitations to this feature. It only works on the exact spelling – so ‘boobs‘ was blocked, but ‘booobs‘ made it through. Also, any word you add to the list will be blocked from both live and from photo comments, so it’s important to consider all the possible usages, and whether you really want to cut it out. “F*ucking”, for example, could obviously be used to offend – but it might also be used by a friend on a photo to tell you how emphatically brilliant they think it is.

Because I’m a linguisti-geek, and because I think Instagram Live has the potential to be a brilliant thing for all of us, I set to work making a list of words it makes sense to block. I should say that as a rule, I’m not especially pro censorship, but I believe it is super important online to set clear boundaries around what feels safe for you, and that we have the right to share without receiving abuse.

As a heads up – this list contains some of the most offensive words in the English language (and some pretty offensive misspellings, too!). It includes language I’ve seen used on Periscope and Instagram Live, and also words I imagine might be used to hurt, troll or insult. I researched words regularly reported to Facebook, and words commonly blocked by Google, and then I filtered out the ones I thought reasonable people might justifiably use in common conversation too.

I’d advise skimming over it to check there’s nothing in there that you don’t want blocked – for example, I’ve included some political terms that you might be happy to discuss on your own account. You should also add any words I’ve overlooked, or that are particularly triggering for you. It’s surprisingly hard to think of these phrases when they’re not in your vocabulary! If you think of anything I should add, I’d love you to tell me in the comments below so I can update the list.

To apply it, go to your Instagram profile (in the app or via a computer) and go to your ‘comments‘ settings. In the app, you’ll find it under the cog icon on your profile page, towards the bottom of the list. On desktop, go to ‘edit profile‘ then select ‘comments’ from the sidebar options.
Once you’re there, just paste the word list in and hit submit.

From the spam commenter’s perspective, it will look like the comment was still sent. They still see it in the comment stream and feel like they’ve achieved their objective, but you and your other lifestream viewers will remain blissfully ignorant. This is a delicious idea, if you stop and think about it – frustrated trolls, desperate for attention, screaming pointlessly into the abyss. Presumably if they never get a response, they’ll eventually move on to other, more productive pursuits.

Finally – I had a few people say “well, at least it’s a compliment!“.
We hear a similar argument used in relation to wolf whistling on the street – ‘it’s harmless‘, ‘it should make your day‘.
As women we are constantly reduced to nothing more than our appearance, and then told that someone shouting positive things about it should make us feel good about ourselves. For most women it does not; it makes us feel vulnerable, objectified, self-conscious and afraid. It’s yet another reminder that we still live in a world where men are told it’s fine to shout explicit comments at us in public, but where breastfeeding and periods are taboo. A world where dozens of men hear us talking on a live internet broadcast and see fit to interrupt us to point out our anatomy in an endless stream of all-caps.

You know what a better compliment would be, boys? Shutting the eff up and listening, then saying something friendly in response. We already know that we have boobs, just like you know you have ears, and knees, and testicles.  Life is short, and this shit gets old, so let’s talk about something interesting and new instead.

Update: List has been updated 18th August 2017 to block out the foot perverts too! Instagram have also introduced their own functionality to block abuse, but it isn’t super effective and I recommend still using the list as well.

What words do I need to add to the block list? Have you had good or bad experiences of using Instagram Live?