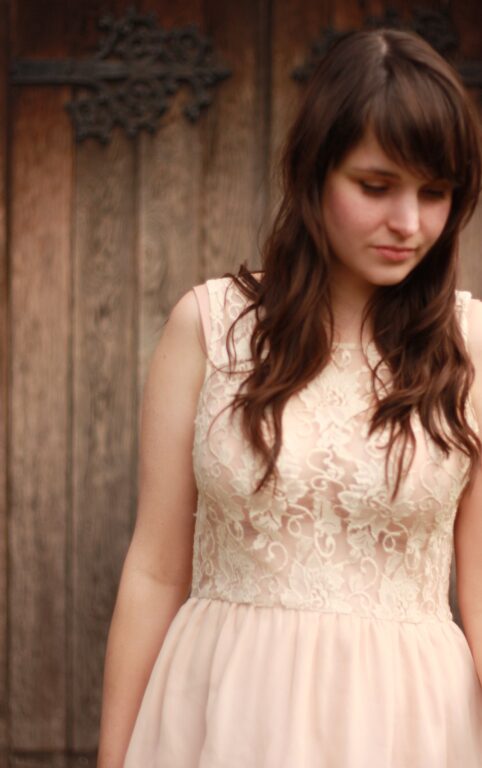 Outfits from my 20s 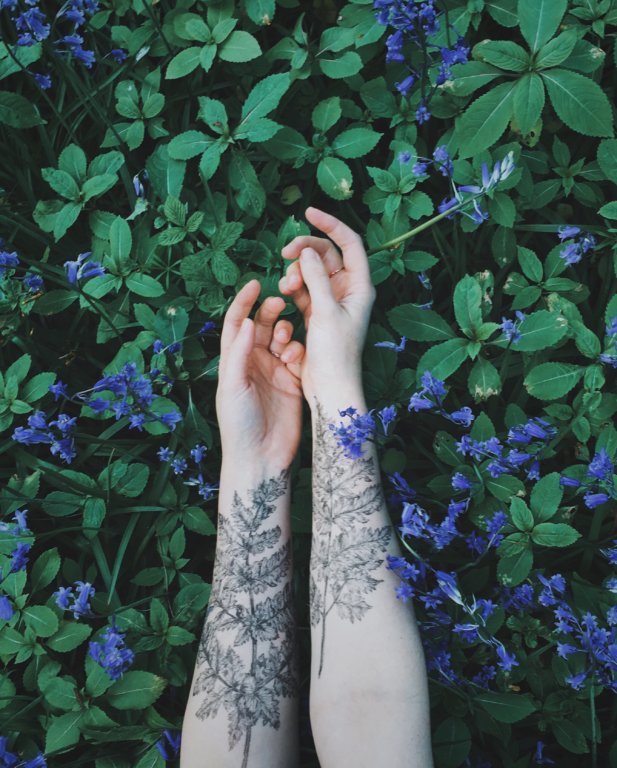 Comment pods sprung up around a year ago via one of the company’s advocating (and usually also selling) botting growth techniques. The premise is fairly simple: a group of Instagram users join together in DMs and agree to like and comment on one another’s posts. The idea is generally to do this quite promptly – ideally right after posting – to make the algorithm see a post as popular, and therefore increase that post’s visibility to other people outside of the pod.

My immediate reaction was probably quite similar to yours: ‘that’s … iffy.’ While not as out-and-out skeezy as botting or buying likes, it doesn’t sound entirely ok, either.

Yet, a few clients & acquaintances were mentioning how much they enjoyed their pods. When it comes to Instagram (and my business in general) I try to keep an open mind, so, I approached a few friends, and asked if they wanted to test the idea out.

My questions were these:

What I found surprised me.

One: How is the idea being used?

There seems to be a sharp divide between the types of people using a pod, and the way in which they implement the idea.
The first group of people are users like you and I. They’re on Instagram to make connections, build friendships, improve their photography and hoping to perhaps gain natural exposure and opportunities along the way. They’re feeling increasingly helpless or despairing in the face of changes, and looking for strategies to support their posts & growth.

The second group are also familiar: the bot users, the follower-buyers. These are the folks who are thirsty for Insta fame and willing to do whatever it takes (except, arguably, slog it out ?). And though it’s tempting to vilify them as selfish or greedy, when you actually speak to this group a couple of things become clear: they’re just as dedicated & passionate as the above category, and they feel like they have no other choice.

The first category of users tends to create a pod or group DM with friends, of around 10 to 15 users. They share their posts daily, and in between there is chatter and discussion in the message pane too. Likes and comments tend to be initially very frequent, and then start to wane, and often cease to really happen in that all-important algorithm time frame. When real life interferes, these users drop off for a while, coming back when they can, and there is no policing of reciprocation or engagement from their pod mates.

For the second category it sounds much more stressful.
People can be in dozens or even 20+ pods, with multiple users in each. These users are often fanatical about their stats, so it’s no surprise to hear that people are often called out or asked to leave if they can’t keep up with the required daily return engagement. Other conversation in the message is discouraged, as it gets in the way of the post sharing, and frankly, it sounds like none of these people have the time. Can you imagine having to like and comment on 1000 stranger’s posts, every day? ?

Two: Does it actually work?

Answers to this seem to be mixed.

Certainly, this isn’t the Holy Grail of instagram engagement, or anything close. It’s not going to make a 100-like post into a 10k-like post, and if a user is sharing with the same pod every day, then any initial increase they see tends to flatten out, rather than causing continuous growth.
It’s worth keeping in mind that pod membership depends on a reciprocal relationship, so anyone actively participating in one is automatically commenting, liking and generally using Instagram a little bit more – all things that could account for slightly increased engagement on their own.

Theoretically, being in a pod with a few hundred people could work to improve visibility on your follower’s home feeds, but only if those followers were categorised similarly in the Instagram database to the people you’re in a pod with. As the larger pods tend to consist of ‘people trying to become instagram famous’, these often aren’t really your target audience if you’re growing a parenting blog or small interiors store, for example.

There’s been a lot of discussion about this, and like most things on social media, it’s stirred up a fair amount of paranoia. Are Instagram watching people’s DMs? Do they discount any engagement that comes via a pod?

Well as far as I can see, nope. Not least as because from Instagram’s point of view, comment pods are no bad thing. Anything that gets real users commenting and liking more, and logging in more often, is a good thing for Instagram’s growth. They can show ads to those users. Their activity counts towards evidence of the platform’s exponential growth.

I’ve seen some analyses that suggest Instagram will see it as a way of gaming the system, in the same way that sites like Reddit have steps to protect against strategic upvotes. This theory seems to fundamentally misunderstand the algorithm, though; while Reddit’s whole purpose is to find the most popular content, and rank it accordingly, Instagram is only using algorithms to find the content that each user will like the most. You’re never going to get to the ‘top’ of Instagram (does such a thing even exist?) by using a comment pod; the most you can hope for is to move a few spaces higher up in the visibility-ranking for people who are categorised in the same way as you.
While Reddit becomes sort of pointless if their algorithm fails, Instagram carries on as usual. Providing it’s not a loophole that would let, say, pornographic images end up on everyone’s Explore feed, then there’s no real cost to them from comment pods.

And finally, any method of stealth monitoring just sounds ridiculously involved and unnecessary. If Instagram didn’t want people to share their posts in DMs, they would simply take away the ability to do so. A system where engagement via DM was somehow systemically discounted sort of defeats the point of having the option there in the first place. They put that little airplane icon there because they want people to share their posts more, and to keep the platform active. It would be a little strange for them to then punish people for actually using it, wouldn’t it?

The standout factor I hear again and again about the comment pod experience is that it brings community. In fact, there’s one particular phrase that came from multiple people – “it’s a bit like how Instagram used to be“. Friends and students alike say the really positive outcome of them creating or joining a pod was not that it revolutionised their engagement (for most, it didn’t), but that they began to interact with the same people again, every day.

Instagram used to be a place to see daily micro-blogs about your friends or favourite’s lives, and so we could follow the story of their child’s sickness or their living room renovation or whatever else though those tiny daily glimpses. Now with the algorithm it’s rare to see the same person daily, and so this gentle storytelling ability has been lost. Seeing a post with a ‘he’s feeling much better at last‘ or ‘still dealing with the dust‘ means nothing in isolation, and tends to make us feel a little lost of left out of the story, and a bit disconnected.

So, a comment pod restores this daily engagement. Yes, we can do this anyway, by simply choosing to visit the same user’s feeds, and I suspect most of us do have a handful of close friends or favourites we do this with already. But the comment pod makes it easier – it’s like a mini notification timeline, waiting for you in the app.
Plus, there’s all that extra conversation happening in the messages, too. Stuff that perhaps wouldn’t be shared in public comments, so people are getting closer, and building firmer friendships than before. And all of that is actually pretty positive! All of that does remind me of the earlier days of Instagram.

Of course, if you’re in multiple pods with people you have nothing in common with, this becomes far less of an advantage. In fact, the more you engage with and interact with these people, the more Instagram will think that’s the sort of content you like, and shape your platform experience to fit this. So, if you’re in a pod or six with a bunch of mediocre travel bloggers who can’t take a decent photo, don’t be surprised if your home feed and explore pages begin to show you more of the same. Like with all things, it’s about how you use it, and is your intentions that count. No surprises there, really.

So is it cheating?

I’ve come to the conclusion that comment pods aren’t really that big a deal. Yes, there are probably users who are getting an artificial leg up with them – this post talks about the ‘insta mafia’ who host giant pods on what’s app or Facebook, and game the Explore page via them. But for the most part, the difference is negligible, and you’re not really at any great disadvantage when you’re not using one and others are. Most people reciprocate comments on Instagram anyway (it’s only polite!), and so if you’re engaging authentically and frequently, you’re probably already getting a similar affect.

And until Instagram offers the ability to categorise our followings or add favourites to our home feeds, some small, shared-interest pods don’t actually seem like that bad an idea. You can add your favourites all in one group, and catch up with them daily. And yes, you’ll probably like or comment on those posts when you do see them, because a) it’s nice to do that for your friends and b) that’s sort of the point in being on Instagram. And also c) it’s very human to need an incentive, and I suspect most of us would stop bothering to send these slightly faffy ‘manual notifications’ if there was never any response or reward.

Perhaps we need to rename those groups though, because they’re really less about gaming the system, and more about that old favourite of being sociable on social media. Isn’t that what we all came here for in the first place, after all? Maybe we could call them ‘Chatterpods’ or something like that. ‘Convotificiation’?

Or maybe we should just call it ‘a group DM’, stop overthinking it and go take some nice pictures again ☺️.

What are your experiences of comment pods? Is it something that appeals, or does it feel like it’s cheating to you?

PS – If you liked this, you should check out:

I know the pods sound a little shady, but honestly with the algorithm changes, I use on to keep up to date with my friends! #bringbackchronological

Hi Sara, comment pods have been in my thoughts recently so this is good timing, I enjoyed reading your astute observations as ever! I was in a comment pod, the first one I was invited to, and all the members were once ‘told off’ by another member for posting when they weren’t caught up with commenting! Needless to say I ended I leaving that one. I personally don’t think the pod I’m in does anything for my engagement, but I enjoy being in it for the community alone. The down side for me is the occasional guilt, if I’ve been busy and I feel like I’ve got behind on posts – although I know no one in my pod would begrudge that for a second. Maybe paranoia after my first pod experience! Xx