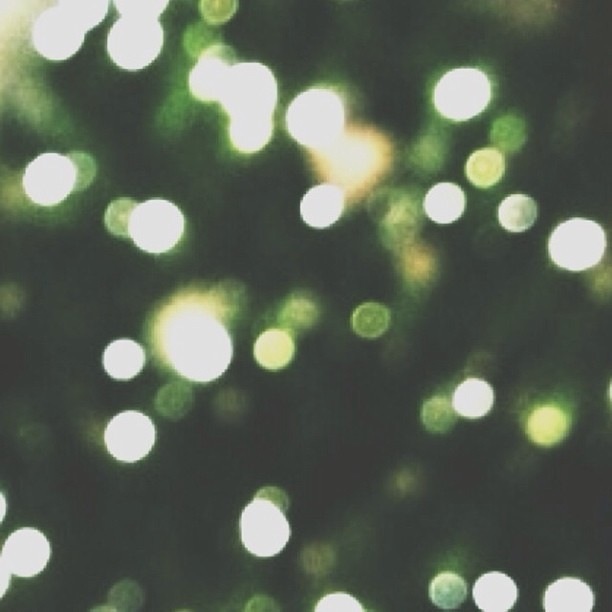 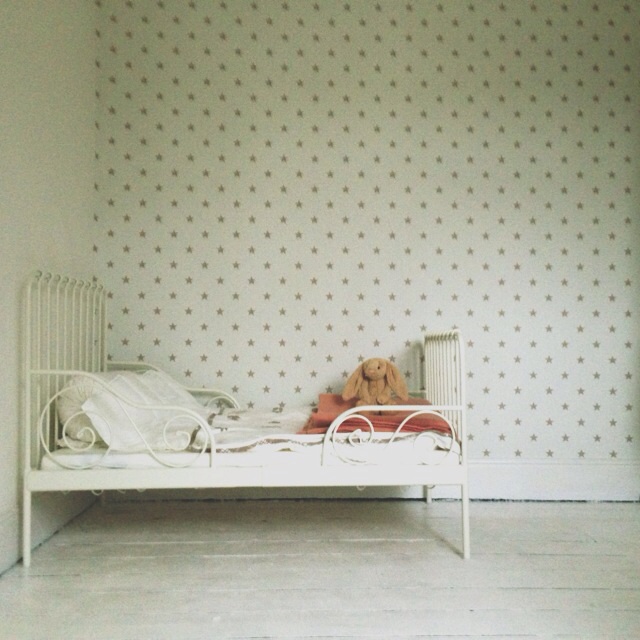 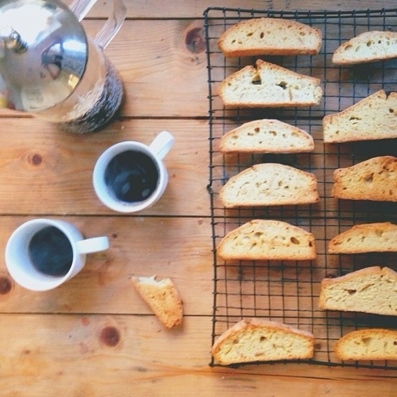 I have become a bit besotted with biscotti of late.

In the hospital, on Boxing Day (a long story), I bought a crappy Americano & dunked a cellophane-wrapped biscotti, & it tasted like the best thing I’d ever eaten.

Now I’m obsessed, trying to recreate it. How much almond to include? Vanilla or orange peel? I’m an expert now & the kitchen is continually littered with the various stages of my latest batch.

R takes them to work, to his new job, & I eat them for breakfast for a sugar hit with my caffeine. Sometimes I even let O have a nibble, & tell myself I’m just being a very European parent… 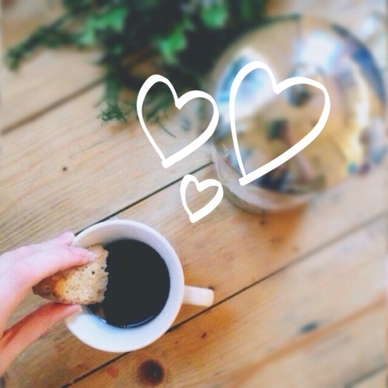 Still though, mine can’t quite compare to that hospital biscotti. I suppose it was much more to do with the circumstance — hunger, sleep deprivation, emotional overload — & were I to eat it again I’d probably be greatly disappointed. Better to keep it in my memory then, as a little crunchy vanilla-y slice of heaven.

& meanwhile if you’re in the neighbourhood, stop by for a coffee & a biscotti. I’ve got kind of a lot of them. 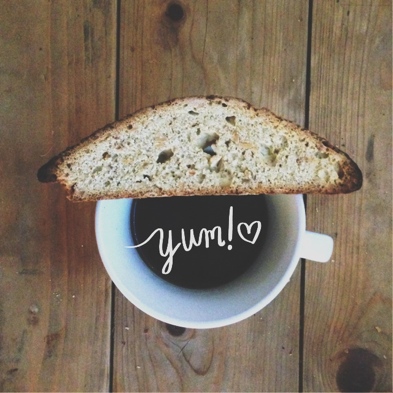 I don’t know what crackers bread you mean but I sort of had the same preconceptions about biscotti before. BUT NOW I KNOW! I will convert you, for sure. They’re the best breakfast ever x

Yum! Can’t wait to have a biscotti breakfast/lunch/dinner/day with you! X