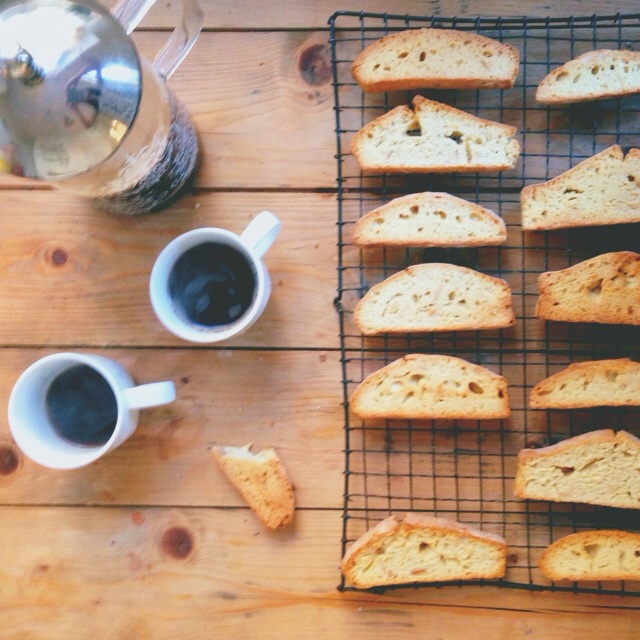 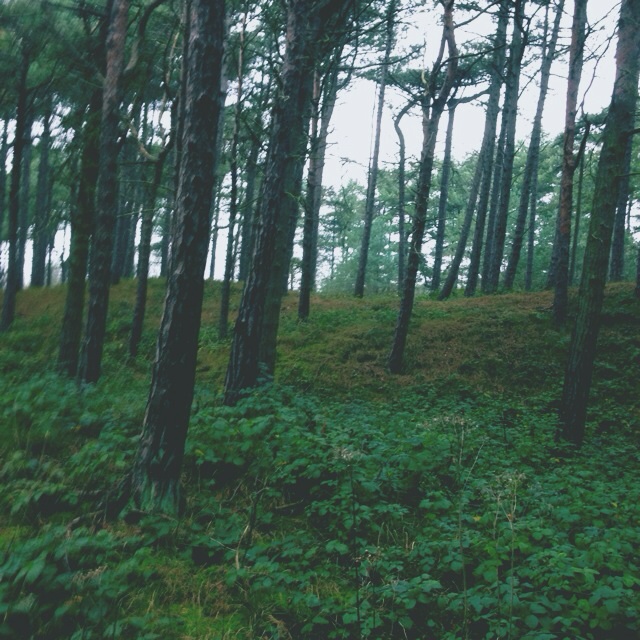 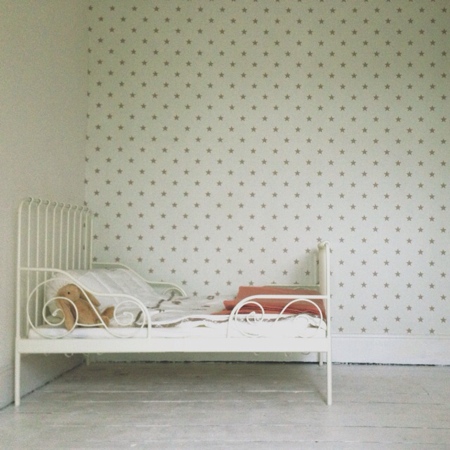 It’s not that I’m anti-pink per se… I guess I just don’t want O to grow up thinking it’s her only option.

& besides, we already have a lot of pink. Everyone buys pink when you have a baby girl, & though I’d always planned to dress her in white & grey & brown & blue, the pink stuff is nice too so we ended up getting a little waylaid.

& the toys! as Orla’s first birthday approaches I can already hear Barbie & the Disney princess baying at our door. They’re brandishing torches of candyfloss and chanting ‘Pink to make the boys wink!’.

The truth is, my tiny newborn is already nearly a whole year old & the outside world, in all of its wonderfulness and all of its awfulness will soon be making its mark; sinking it’s boots into her pristine, perfect snow. 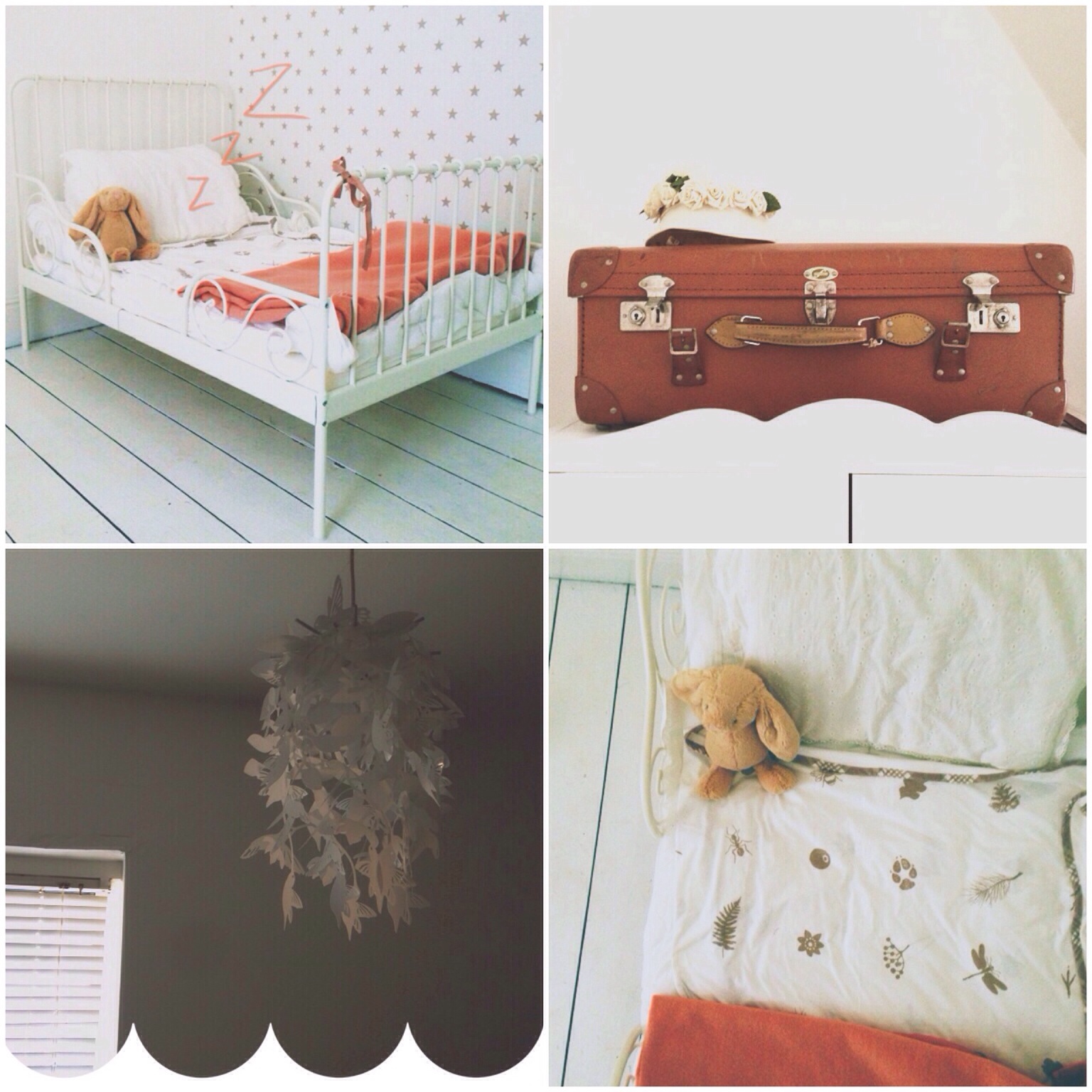 I don’t know how a not-pink nursery helps with this. Probably it doesn’t. But it’s somewhere nice to hide away together; it’s bright even on the darkest of days and it’s a good place to concentrate on the important work of playing.

Bed, wardrobe & foresty blanket from Ikea.
Lampshade is from eBay.
Hat, suitcase & rose blanket are vintage – the blanket is from the 40s and the wool has turned so soft & snuggly.
Wallpaper is by Galerie. 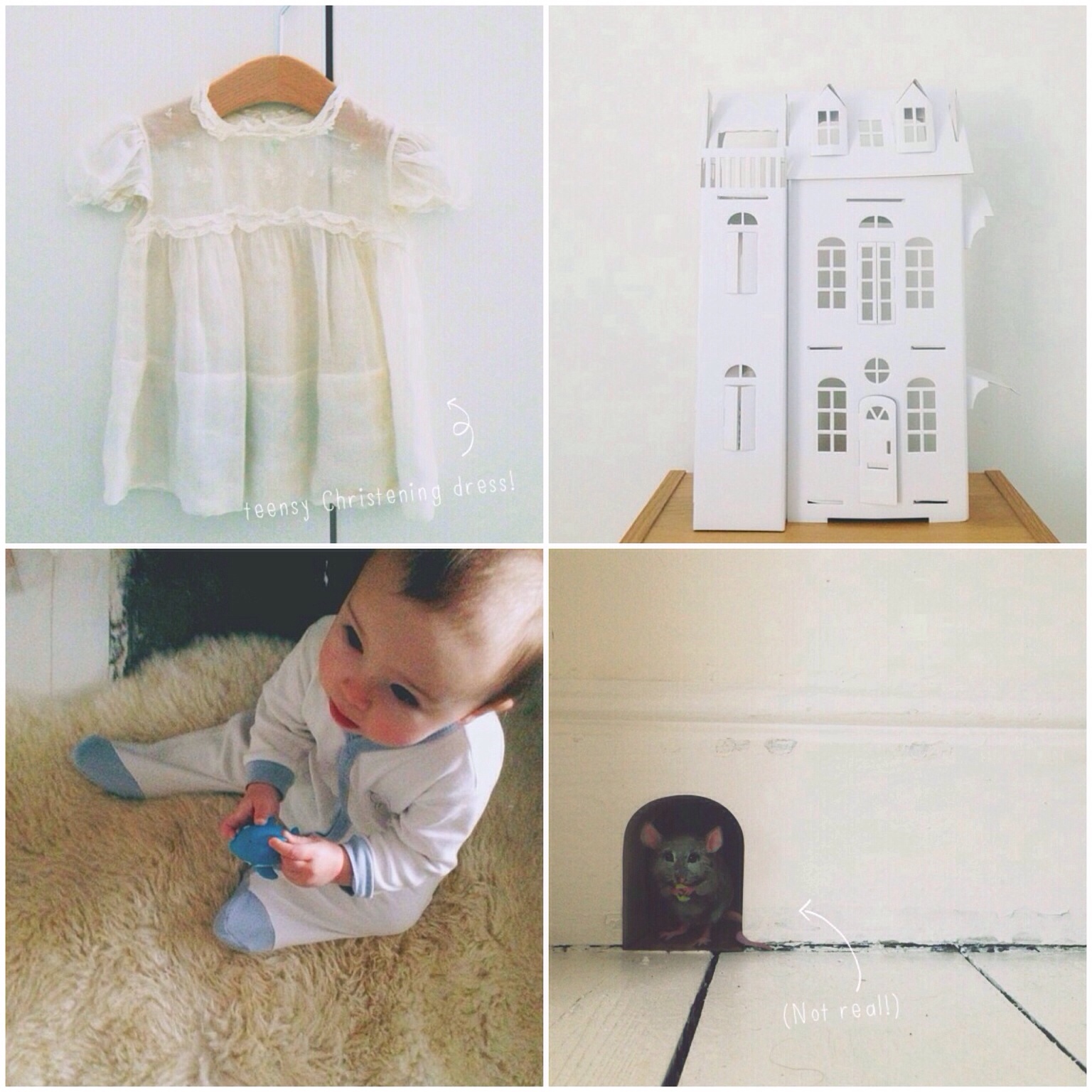 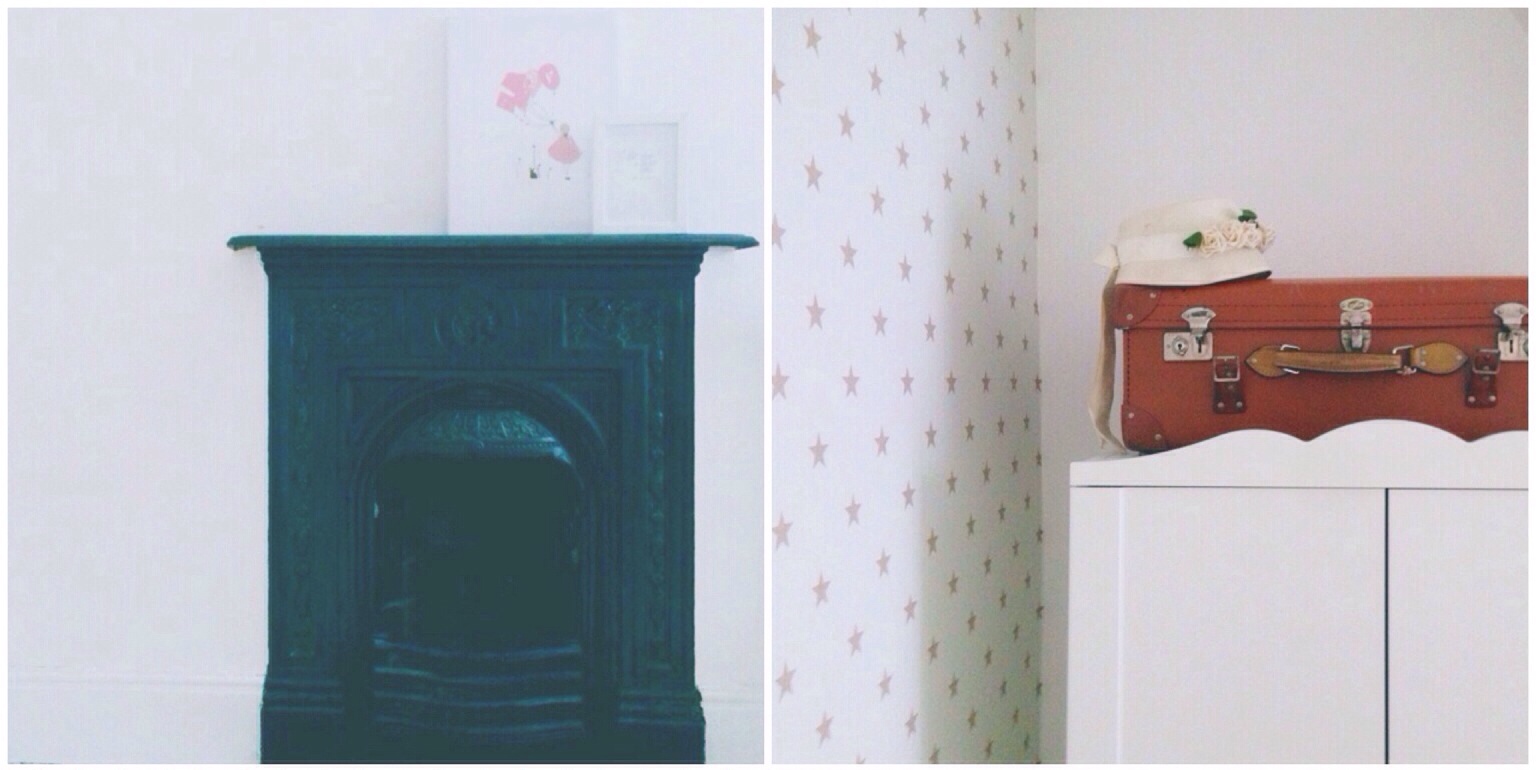 Not pink, & not a nursery either really. We just use it as a playroom, as an Orla-clothes-storage-room & for occasional daytime snuggles & naps. Maybe that is a nursery, I’m not really sure. There’s time enough for big girl bedrooms in the future, anyway – in whatever colour she wants them to be.

Gorgeous little space. I know how you feel about the outside world intruding. 2 and almost a half years on I still want to stay in our little cosy bubble and have developed a horror of the news.

Great. I’ll cook my red pasta to celebrate. Won’t cook it until then, just to keep it special… x

YESSS. I was hoping you’d say that as I have just opened a bow-tie factory in my kitchen and so far the quality isn’t great. When can you start?

Deal! As I’m feeling generous I’ll throw in any bow-tying favours you might have too x

The rent will be doing my hair every morning before work. Payable a month in advance please. X

The perfect room! I would like to move in please x

It would, you’re right! Right next to paper dollhouse on a shelf of things she will never get to touch 😉
Thank you, you are right – we worked very hard to paint everything white! x

All different colours is the best! Rainbow babies 😀
I suspect you are right & they all do have to go through a phase. But then, we didn’t, did we? Where did this pink princess thing come from?! x

Thanks! I want it too, but R refuses to let me swap! 😀

The pink Nigella measuring jug would go really well in her room though!

Her room is beautiful, you’ve worked so hard on it! I’m very impressed.

It’s a gorgeous room. I like pink but I like lots of other colours too so Xanthe’s clothes are all different colours, and her room is coffee coloured. I really hope she doesn’t turn into a Disney princess girl too (although I’m sure they all have a phase of it).

This is adorable. I want Orla’s room.