talking to a toddler about Death (& Miffy) 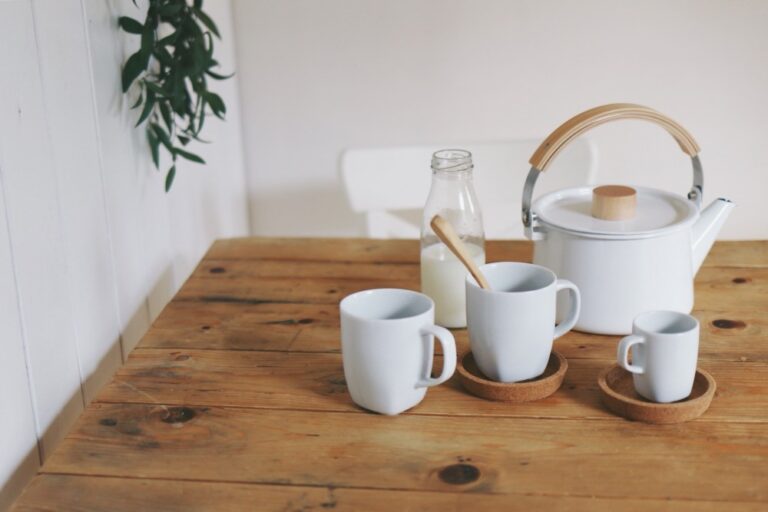 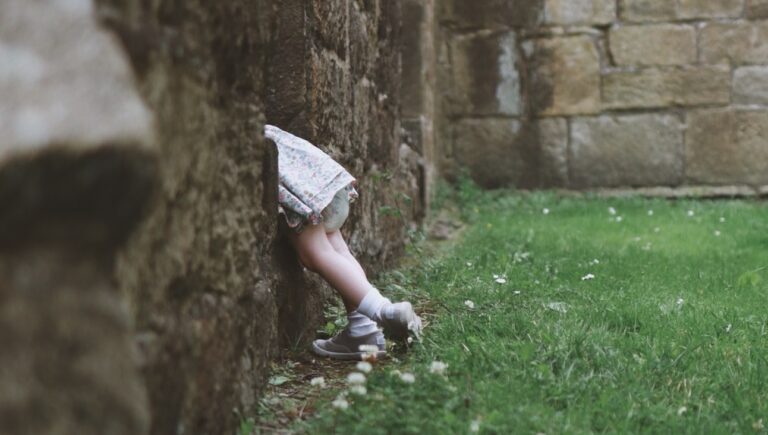 Orla appears to thinks Miffy is Death. Or Deff, as she says it – like he might have a twin brother called Jeff.
It’s been a bit of a difficult month, you see…

It started a few weeks back when our lovely old house-chicken Matilda died. It was a sad and shocking loss, and in the days that followed Orla came to me with a lot of difficult questions.
Where had Tilly gone? Was she still her friend? Did I feel happy again yet? Why couldn’t we see her?

My first instinct was to explain it honestly, in language I figured she could understand.
‘Matilda’s dead now’, I said, ‘like the butterfly in Bing. She’s gone to sleep forever, and we have to say goodbye’.
It didn’t work; she patted me kindly and said, ‘she’ll be back soon’ and ‘we’ll see her later’, prompting me to do some small sobs into a hanky.

Next we tried that invaluable parenting tool, a plausible lie:
‘Matilda has flown away into the sky’.
This seemed a fairly tidy explanation, sort of combining ideas of birds, afterlife and angels on clouds, but Orla was not having any of it.
‘Mummy can go and catch her in the car!’.
It transpired that in Orlish right now, ‘flown away’ and ‘blown away’ are interchangeable expressions, thanks to an episode of Topsy & Tim featuring giant helium balloons. (A similar confusion occurs around ‘sparkly’ and ‘party’, but I’m sort of with her on that.) She gives serious consideration to what she will carry outside with her, lest it too be blown away, so telling her that members of our little family could be taken by those terrible winds was possibly not the best solution. Abort! Abort!

So all that was left was to try and pass the responsibility on to someone else, someone wiser and cleverer – in this case, a children’s author called Wolf Erlbruch.
It wasn’t entirely our intention, to be honest, but some friends bought us Duck, Death and The Tulip a while back for its beautiful, strangely soothing story, and so it was sitting on the shelf.
Orla chose it one bedtime, and Rory read it to her.

I suppose it helped that Duck looks a lot like Matilda, and that we’d already used words like ‘death’ in our explanations; but when we got to the part where (spoiler alert!) Duck dies, she simply said, ‘like Tilly!’, & we knew she finally understood.
It would no doubt have been a wonderfully poignant moment, perhaps causing more tears and hanky-snuffles, had she not then followed it up with, ‘look, Miffy’s a bit sad now’, whilst pointing AT DEATH.. Indistinguishable, apparently.

So, there you have it. If you read this post hoping for an answer to the question, ‘just how should one talk to a two year old about death?’, the answer is simple: tell them that Miffy comes to get you, and then you blow away.

Oh this has made me tear up and laugh out loud all at the same time, alongside you. We are in the deep throws of trying to understand death with my 3 year old, she has taken to sobbing uncontrollably in strange locations (ikea aisles!), about how she doesn’t want to become a star and why can’t we all be together forever. So this post was extremely reassuring for me. Thank you so much!x

I am doing an MA in Childrens Book Illustration and just had to write an essay about this book….so its great to see it being used! Absolutely love how she thinks death looks like Miffy!? Another wonderful book which deals with the death of a loved one in a bit more of a head on way (more suited for older children) is Michael Rosen’s Sad Book. It is utterly beautiful and honest, but watch out it will probably make you cry! Well done to those of you braving these conversations with your children, it is difficult but so important that they learn how to start to process these things early on.

This is such a sweet post. I have no idea how anyone explains death to children. My parents didn’t really ever explain it, so while i know of the concept of it, I didn’t really realize the finality of it until I was an adult. But maybe that’s normal. Miffy looking like death made me chuckle.

I don’t have children and, although I’m not ruling it out forever, I’m pretty sure I don’t want children. Your blog is the only blog I read where I absolutely love reading about children/parenting. I love these tales, even though I can’t relate them to my own life. I haven’t worked out why that is… when other parenting posts have me skim-reading, yours I find myself commenting on. Whatever it is Sara, I love it! x

That’s a huge one, and I really feel for you. It’s made all the worse by it not being a distant uncle or a pet, but another one of them – someone they could so closely relate to. I think you’re right to trust you/their instincts in terms of the timing.
It was made easier by it being a pet, but harder by the suddenness of it. One minute she was there, the next not, and Orla immediately had questions before we had time to think. I expected it to be a question for when she was a bit older, really.

But yes, a silver lining about the cat. We had begun to talk about him ‘going to be with Tilly’, and when we brought him home today she said, “grey not going away with Tilly now?’, which was a pretty special moment. x

I struggle with this one a lot.

Al seems to have balls of steel when it comes to the dead sibling thing when questions come up (our firstborn was a stillbirth as background to anyone else reading this) but I just can’t get my head around telling them that the two of them was/is actually the three of them.

It’s not so much a conversation to have when they grow up, so much as when I do I think. I think thats one of the oddest parts of death, it takes a certain amount of understanding on our own part to be able to give any sort of half decent explanation to a force external to our own being.

Sorry that you are having to have THE conversation with Orla, I guess its a given that it’ll happen sooner or later when there are pets involved especially. Very glad you aren’t having to have it again any time soon about the cat. xx

Haha! I can definitely relate also – but Miffy always looks on fleek, so no idea why she’s so deathly. Perhaps it’s the eyes? ?

Oh, how may I thank you for this?! You have no idea… My dad passed away a few months ago (cannot believe I am writing this here) and our eldest (4 years old now) has been asking questions. We have too opted for the sky version: the shining star, that’s my dad. And still, she will put a slice of pizza aside for him on Friday night… How a book lover like me has not thought about turning to literature or illustration is only a symptom of my being lost. Thank you for showing me one possible way Sara.

I hope that’s true – I feel like for you and I, eternal sleep will be hard to resist! I’d say yes to it at 7am most Monday mornings.
Becoming a fossil sounds quite cool. I imagine you can buy that via a Facebook group now actually! x

Haha! I can definitely relate also – but Miffy always looks on fleek, so no idea why she’s so deathly. Perhaps it’s the eyes? ?

Ally was fortunately obsessed with dinosaurs by the time he became concerned about death. So basically, he reckoned, you either got eaten or an asteroid destroys your habitat. Either way, you’ll get made into a fossil eventually.

Now, he asks questions about what death is like. I told him I don’t know but I imagine it to be like being so tired that you fancy closing your eyes for a long time and don’t mind that you don’t wake up.

Poor Miffy getting mistaken for death! It’s how I feel when I go without make up and everyone asks if I’m sick. I’ll keep this in mind for when Ruby is older. I also have H is for Hawk by my bedside and I’m just getting the courage to read it. xx